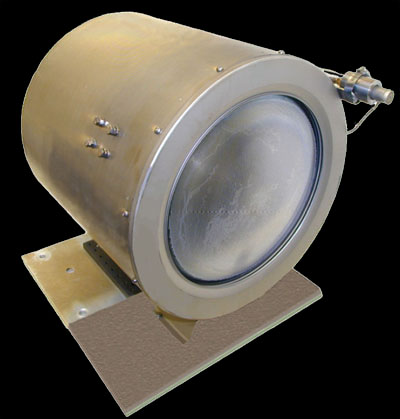 Ion thrusters are electrostatic electric propulsion engines. Ions (typically Xenon or Krypton) are efficiently produced in a discharge chamber via collisions between neutral atom and energetic electrons generated by a hollow cathode in the discharge chamber. The ions are accelerated through two fine grids with roughly a 1300 V difference between them for 2.3 kW operation. The ion beam is “neutralized” by electrons emitted from a second hollow cathode external to the discharge assembly. The NASA Solar Electric Propulsion Technology Application Readiness (NSTAR) program developed the 2.3 kW ion engine for use as a primary propulsion engine for orbit transfer and intra-solar system trajectories. The NSTAR engine is the primary propulsion for the Deep Space 1 (DS-1) probe currently in route for comet and asteroid rendezvous. The functional model thruster (FMT) was the immediate predecessor to the engineering model (EMT) NSTAR thrusters which themselves led to the flight engines and remain the principal ground test engines. They differ primarily in the FMT’s extensive use of 1100 grade aluminum. FMT2 was assembled and modified at NASA GRC specifically for use at PEPL. The modifications included the addition of large windows for optical access to the discharge chamber. The discharge cathode and ion optics are identical to those used in the EMT’s. In December, 1998, PEPL became the first university to run an ion engine at power levels greater than 1 kW. The discharge and overall engine performance of the FMT at PEPL was nearly identical to that of the flight engine over the entire throttling range of the NSTAR thruster. 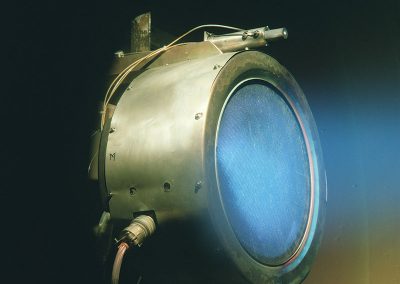 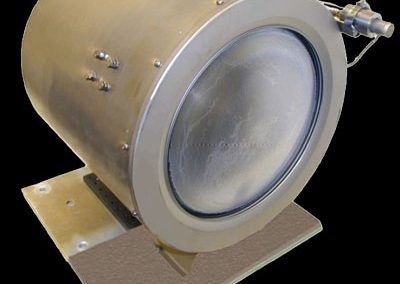