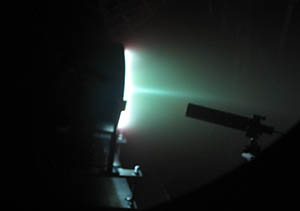 There is a need to develop non-intrusive, time-resolved diagnostics to study short timescale dynamics in electric thrusters and improve modeling and simulation of the physical processes at work in thrusters. Hall effect thrusters (HETs) exhibit many high-frequency plasma oscillations. Particularly of interest is the breathing mode oscillation at tens of kilohertz, which strongly influences the ion distribution function and therefore thruster operation. The focus of this effort is on measuring how the ions evolve during the oscillation in order to better understand how the confinement of plasma is changed by the breathing mode. In addition, many other thruster concepts, such as the pulsed inductive thruster (PIT) and the field-reversed-configuration (FRC) thruster, have an explicitly pulsed nature and time-resolved diagnostics are necessary for understanding their plume dynamics. To this end, PEPL is working to develop a time-resolved laser induced fluorescence (LIF) system to measure ion velocity distribution as a function of time resolved to microsecond or smaller scales.

Traditional (time-averaged) LIF is performed at PEPL by chopping a laser on the order of kilohertz and using a lock-in amplifier to remove noise and amplify the signal. Since the signal is weak, a relatively long time constant is used and effectively averages out oscillations. Alternatively, we have developed a time-resolved system that modulates the laser at high frequency using an acousto-optical modulator and acquires data with high-speed digitizers, applying lock-in amplification in post-processing. Combined with a transfer function averaging analysis technique, this system allows for the measurement of time-resolved LIF data for weakly-periodic discharges. PEPL has also implemented a classical sample-and-hold time-resolved LIF system that is somewhat simpler but tolerates only highly coherent discharge oscillations.

Further, we have developed a kinetic modeling method to complement LIF data that allows for the determination of electric field strength, ionization frequency, and plasma density non-invasively and at high speed. This approach has been used to characterize Hall thruster oscillations in depth, as well as non-invasively explore electron mobility in the very-near-field of a Hall thruster. 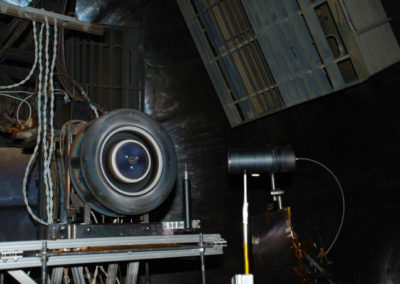 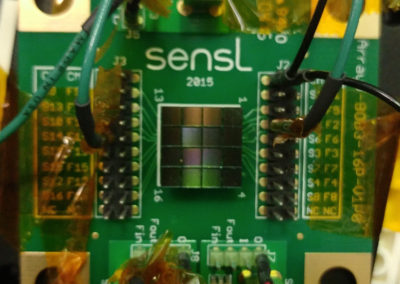 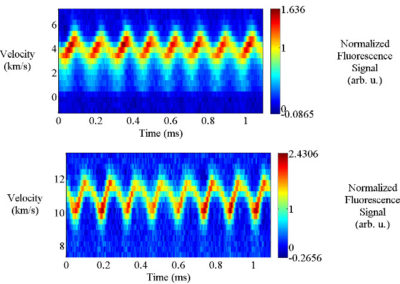